The heiress of the great Ottoman Empire, the Turkish Republic is situated at the crossroads between Asia and Europe.

Its main part is located on the Anatolian Peninsula, but there are also areas in South-Eastern Europe on the border with Bulgaria and Greece. 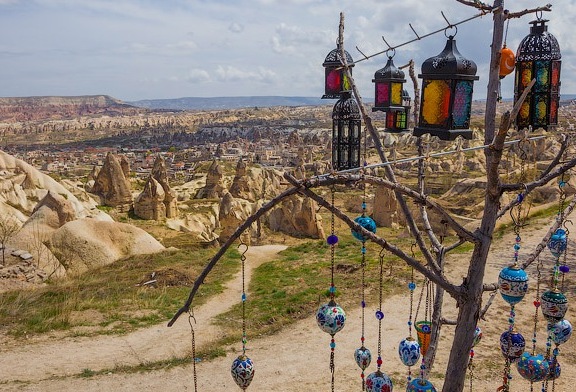 The capital of Turkey.

The capital is Ankara, which plays the role of administrative center in the state, but the heart of Turkey is recognized as the ancient and mysterious Istanbul, former capital of several empires. Today this is a major industrial and cultural city and its architecture and history attract tourists from all over the world.

Modern Turkey is known primarily as a tourist resort and as an exporter of light industry and textiles, so it's hard to imagine a trip to this country without shopping. Turkey offers numerous modern shopping centers and colorful ancient markets which simply will not allow you to depart the country without a colorful carpet, sweets, new dresses, leather goods, furs etc. 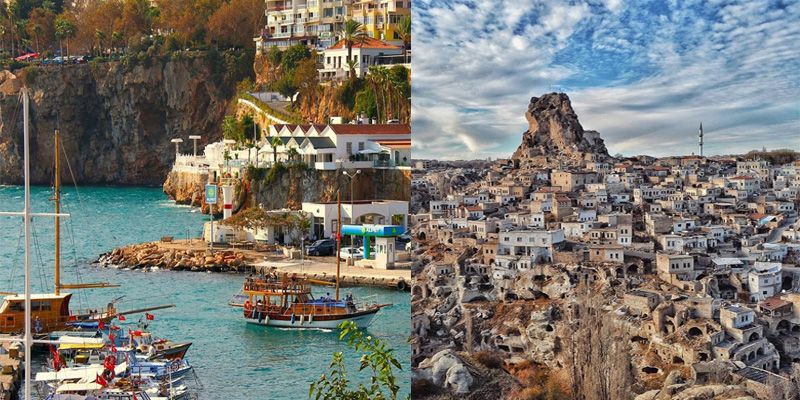 The weather in Turkey.

As a resort, Turkey is ready to welcome tourists from April to October.

The major part of the country belongs to the subtropical Mediterranean climate, where the summer temperature ranges from +23 +33°C and does not fall below +10 +13°C during winter. Approximately 78 per cent of the citizens are Turks so the official language is Turkish. But English, German and Russian languages can be heard at the resorts and in the larger cities thanks to the high development of tourism. 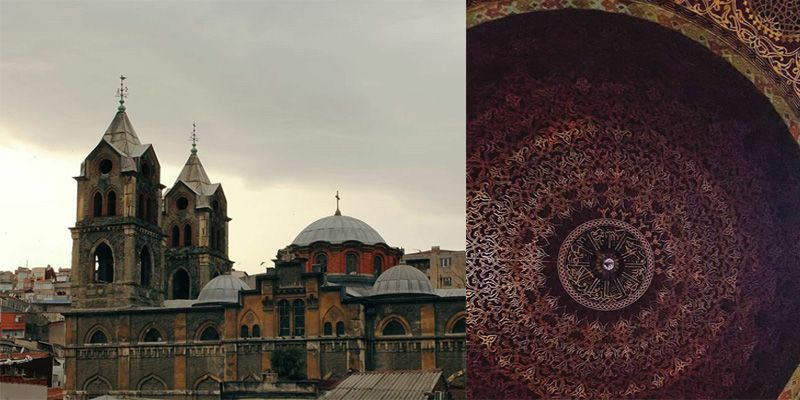 The secret of Turkish success in this sphere is very simple - local hotels have done the all-inclusive system available for all. Previously such a service was exclusive and could only be used by visitors of very expensive resorts. When travelling around this lovely country, do not forget that Turkey is a Muslim country, albeit with not too strict customs. The influence of Western lifestyles is felt very strongly here, but still you should not wear clothes that exposed your skin outside of the resorts. Also, don't take photos of local men, women and some of the facilities, such as mosques and military installations.

Turkey is a safe country for tourists, but of course, you should adhere to basic safety rules, such as don't walk late at night, do not carry large amounts of money, do not attract the attention of pickpockets and thieves with expensive jewelery and big wallets. Important documents are better kept in the hotel safe. 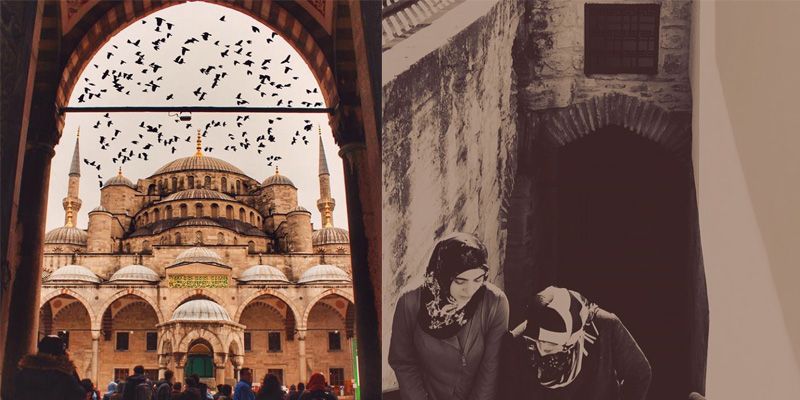 Currency and money in Turkey.

The local monetary currency is the Turkish lira (1 TL = 100 kuruş). If you do not plan to visit the provincial regions, then you can use US dollars, pounds sterling and euros without having to change to the national currency. But if you plan to travel further, you can exchange money at the bank's offices, exchange offices and hotels. The best rate is offered by state-owned banks. They work from 8.30 till 17.00 on weekdays. Banks are open on weekends only at resort areas. ATMs are everywhere and credit cards are accepted almost everywhere (except distant regions). In Istanbul, Ankara and Antalya traveler's checks will be accepted!

How much money to take with?

Before the new adventure each traveler has the same question: how much money to take? Turkey is one of the most affordable resorts on the Mediterranean. For example, here 1.5 liters of water cost about $0.50, lunch in a cafe for one will be near $4, a liter of good wine is $9, a ticket for municipal transport will be around $0.85, and taxi's are about $0.80/km. As mostly everywhere else, here it is also customary to tip, so don't forget! Usually the amount is a standard 10% off the check. However the gratuity for an attendant in the Turkish hammam usually costs 20-30% of the cost of service (if you satisfied with the quality of the work!) The waiters also get 10% usually, but the Turkish cuisine is able to captivate you so much that generosity will know no bounds! 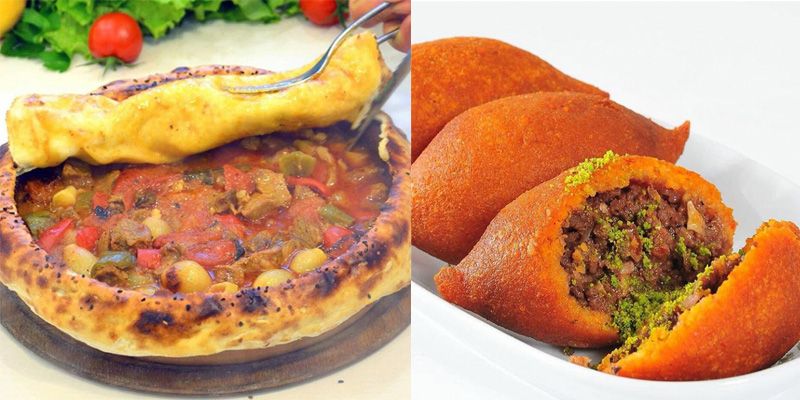 Every region of the country has its own eating habits. In the North, for example, fish and seafood are preferred mostly, especially anchovy, which is very popular. Believe it or not, but on the borders with Georgia this fish is the required ingredient of delicious jam! People from the Aegean coast prefer cold appetizers with olive oil. If you visit these places, then don't miss the opportunity to try mediagallery (dolma with mussels), chongi-shi (meat cooked on a wood) and coyutandyr kebab - a whole lamb baked on coals in the oven. 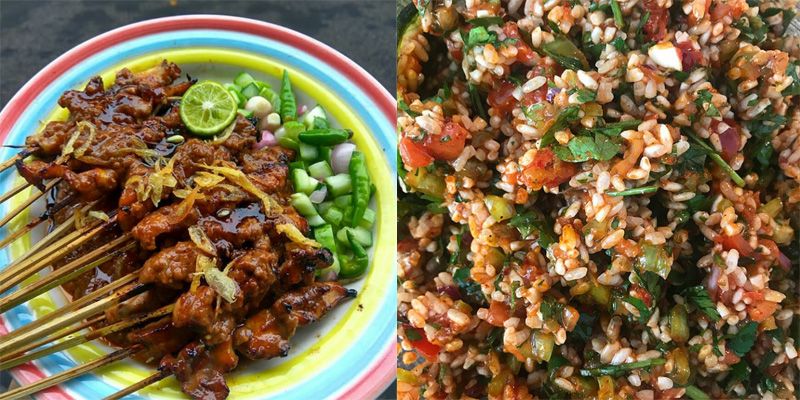 The most numerous range of national dishes is in Southern Anatolia. Here you will be offered chii-kufta (meatballs from raw meat), which is considered ready if it sticks to the roof of your mouth. You should also try basturma (dried meat with garlic), sujuk (looks like usual sausage) and the shish kufta (kebab on a spit). Of course, the sea regions offer many fish dishes as well. But if you prefer something sweeter, then dozens of types of baklava are waiting for your desire. Taste the jam from peaches, nectarines, cherries, watermelon and even eggplant!

Enjoying such delicious cuisine, it is easy to forget that Turkey has other attractions besides great food and we will be glad to recommend to you what to look for, where to go and where to swim!

Remember that the country is washed by four seas. The Black sea is on the northern side, although tourism is not well developed because of the many industrial ports in that area. In the Northwest there is an internal Turkish sea, The Marble. Further away begins the resort zone of the Aegean sea, on the coast of which are Marmaris, Izmir and Kusadasi. The beaches here are among the best in the Mediterranean basin. These places are chosen by people who like breathtaking nature, excursions to the ancient cities (Ephesus, Troy, Pergamum, Miletus) by day and a bustling nightlife after sunset. From here you can visit the Greek Rhodes or Northern Cyprus. 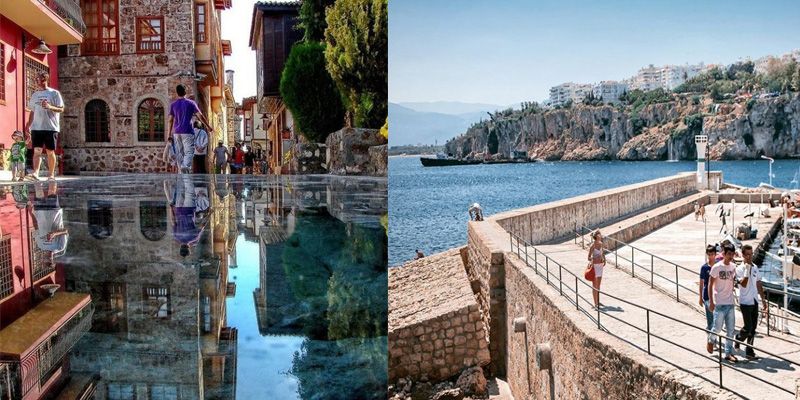 These shores prefer to entertain tourists from Europe and Turkish bohemia. Even though the temperature of local waters is usually a few degrees lower than in Antalya, this does not interfere with your relaxation! The glory of the Turkish Riviera proudly keeps the Mediterranean coast at the head of Antalya. It has everything: luxury hotels with golf courses and helipads in Belek and the ancient Side; quiet Alanya, where the mountains come very close to the sea; friendly Kemer, which has created the most comfortable conditions for families with children; and bright Bodrum, whose disco show "Halicarnassus" is known throughout the world. But, no matter where you plan to relax, let us advice you some places to visit which are the pride of Turkey.

Snowy slopes of Pammukale begins the list. In this "cotton castle" you can walk barefoot, although bathing is prohibited! 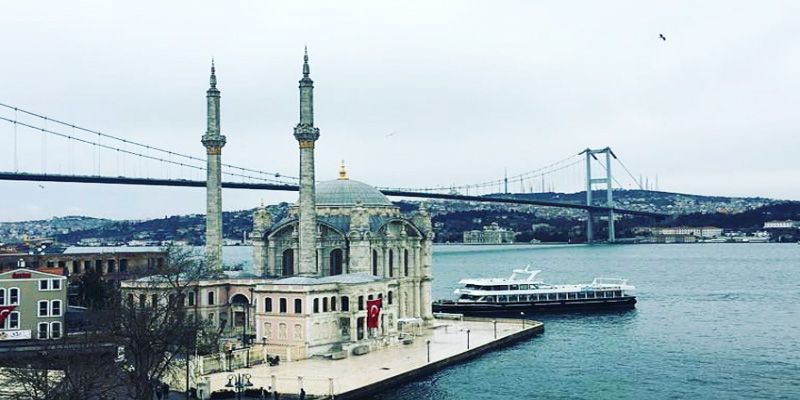 The main pearl of Turkey is Istanbul. We can praise the Hagia Sophia, the Blue mosque, the palaces of the sultans and huge ancient markets, but it is better to see for yourself! The cities of Side and Izmir are called museums under the open sky! 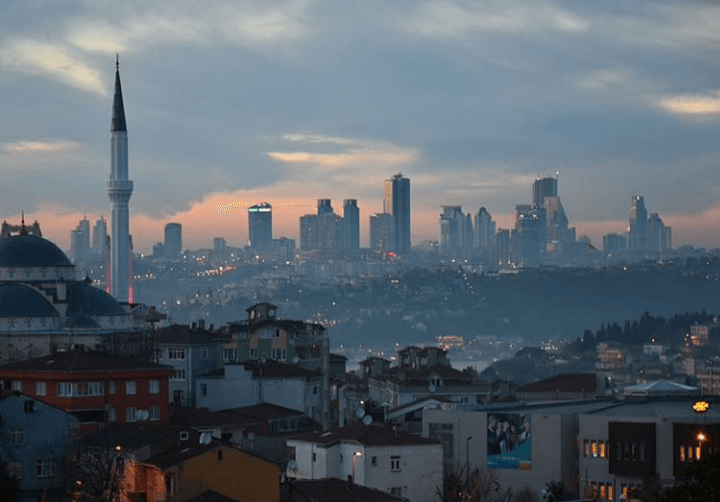 Even Ankara, which is considered only as the administrative center of the country, will offer something to please every tourist. This is only beginning, because Turkey has a great variety of parks, natural attractions, shopping malls, water and extreme activities.

Adults and children, lovers of noisy companies and supporters of relaxing holiday, men and women of all ages and interests will be satisfied here!