Ukrainian traditions are a perception, attitude of the Ukrainian people. It will tell about relationships between man and woman, children, animals, nature, convey the spiritual value of each person, and the whole nation.

For centuries, Ukrainians have been collecting valuable assets, enriching, passing its carefully from one generation to another. Ukrainians have learned to understand nature, to draw strength, beauty and health from its bosom.

You will feel this colorful spirit of Ukrainian traditions and rituals, if you are the invited guest at a wedding in western Ukraine or take a part of the celebration of Ivana Kupala (in early July).

Easter, Trinity, Christmas, and many other holidays will enchant you with their colors, folklore, national dances and costumes, food and activities.

Ukrainian weddings are full of customs, superstitions and interesting events that continue for several days from its you will learn a lot about the culture and traditions of Ukraine.

The youth now seeks to arrange their wedding in accordance with folk traditions, ancient customs and for good reason. Wedding ceremonies had an important role in creating a strong Ukrainian family, with love, respect, happiness and prosperity.

Ancestors left a rich heritage and young people tend not to lose it, but to pass it on to next generations.

Earlier, weddings were celebrated only in autumn, when the work in the fields ended, but in the summer no one got married: there was no time to celebrate – too much work on the garden and on the field. 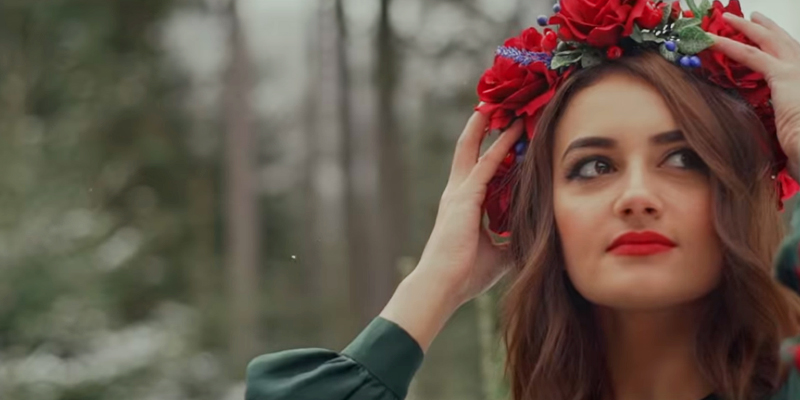 At the wedding, ritual actions laid the foundation for the well-being of a new family and the health of future children.

It was a vow to the God and around the people, a that vow was accompanied by rites, songs, dances and wishes.
Read more about Ukrainian wedding tradition 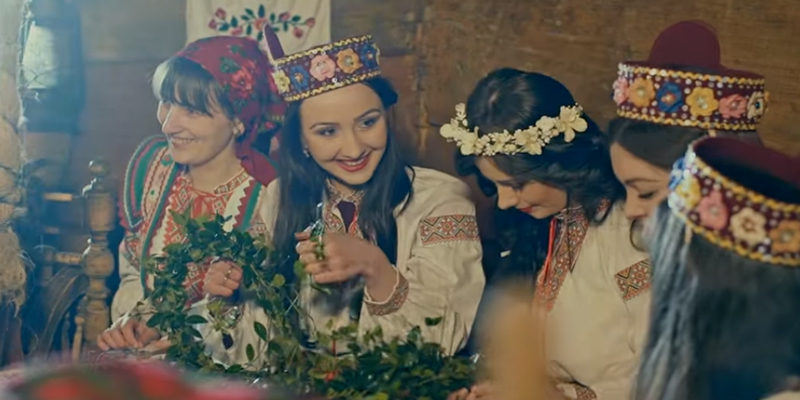 Ivana Kupala. History of the holiday. How to celebrate

For a long time, in early July, at the night from the sixth to the seventh July, Ukrainians taken to celebrate Ivana Kupala festivities. Ancestors of Ukrainians believed that in this magical night comes dark forest evil and therefore need to keep eye on it. Each part of Ukraine has its differences, subtleties, fortune telling, prejudices associated with the celebration of Ivanа Kupala.

Find out what you can't do at night on Ivana Kupala

First of all - you can not fall asleep. On this night on Ivana Kupala, according to the beliefs of the ancestors, become alive all the dark forces, water werewolves, mermaids and witches.
Secondly, in no case can you swim in rivers, lakes and other bodies of water, because a mermaid or a water merchant can to pull down a person into the water. And in the third, you can not sell, give or borrow anything - it is to poverty.

Traditions of Ukrainians on Ivana Kupala

On this night, everyone was looking for the desired color of the fern.Only on this special night on a fern bush bloomed - a fiery flower of happiness.
There were beliefs that the one who found and picked this wonderful flower would easily get all the knowledge, all the wealth, get protection from the dark forces, be able to attract any girl or boy, always get the best harvest and have the magic power to do anything with that hand which picked the flower of the fern.
And the beautiful girls on Ivan Kupala made wreaths and let it float on the water. It was necessary to find twelve different types of herbs and plants, weave a wreath with and put it on the water. If the wreath was drowned, it meant that the girl would not marry this year; and if the wreath sailed away from the shore, the bridegroom is very close.

After sunset, unmarried young people made a big bonfire and a couple, holding hands, jumping over the flames. There were beliefs, that the guy and the girl will be together if they jumped over the fire without unclasping their hands. And that person, who will jump over the fire above all will be the happiest.

You will experience the full flavor of Ukrainian traditions and customs if you witness a wedding in western Ukraine, make a trip on the holiday of Ivan Kupala (early July), during Easter, Pentecost, Christmas, St. Nicholas Day and many other holidays.
All these occasions will enchant you with their splendid colors, folklore, traditional dances and costumes, treats, food and everything else that happens on these special days. 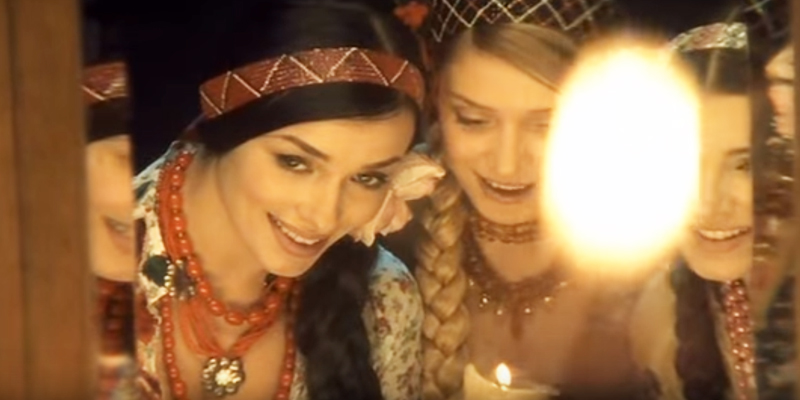 Ukrainian weddings are full of customs, superstitions and other interesting activities that continue for several few days and, from this, you will learn a lot about Ukraine culture and traditions.

Ukrainian land is fertile and offer generous harvests and hardworking people of the land are happy to use the gifts of nature to prepare a variety of delicious dishes!
Ukrainians have traditionally been hard working farmers and gardeners, growing different crops such as corn, sunflowers, flax, etc. Ukrainian cuisine is very satisfying and has many ingredients to add magnificent flavors into the dishes. The food is very nutritious as the land workers need energy for their hard physical work.

Vegetables are most served on a plate and mixed allowing you to choose what you want. Potatoes make up much of the vegetable servings and became almost a second bread, giving rise to variations such as delicious vegetable pancakes, home-style potatoes, mashed potatoes, stewed, fried or baked in a casserole. Potatoes are also an essential ingredient of almost all soups, borsch, kapustnyak, kuleshov, rozsolnik and solyanka. 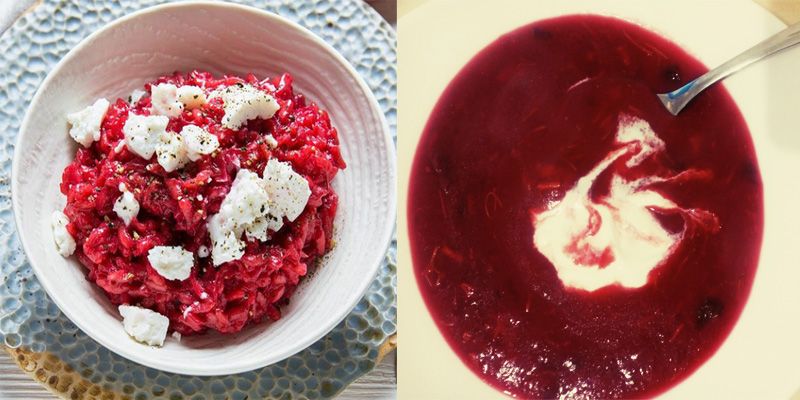 The most famous Ukrainian dish is red borscht! Traditionally every woman has her own special secret for cooking borscht, but the main components must be the same - beetroot, potatoes, cabbage and many other vegetables of your choice, with or without meat. Served with sour cream and donuts, garlic, onion and bacon (pig fat).
Borscht is a symbol of family components, smoldering in the casseroles in the oven, it allows the taste to permeate, creating an unique flavor!

There are many styles of delicious stuffed cabbage, dumplings, zavyvantsi stuffed with meat, rolls, homemade sausages, stuffed fish, dishes with eggs, cheese cakes, nalisniki and other goodies from a combination of meat and vegetables and most have a lot in common with dishes of Belarusian cuisine and Western Slavs. The style of cooking is quite sophisticated as almost all dishes are prepared in several stages, including boiling and then stewed or baked, fried and then the dish succumbs to the final preparations, which is mostly stewing, boiling and baking rather than frying and also salting rather than smoking. 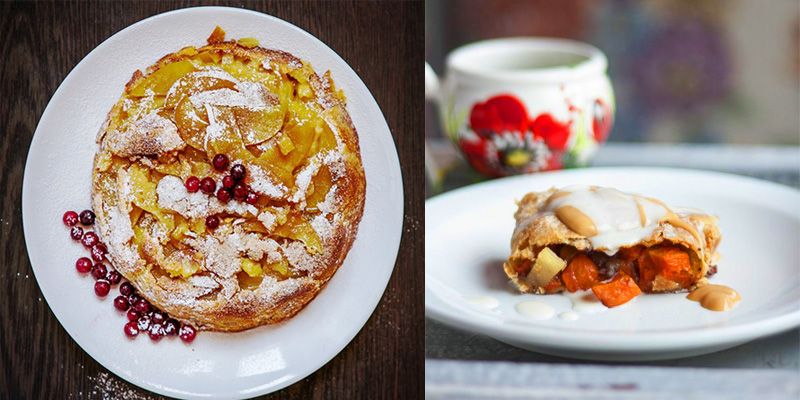 The dishes are complimented with a range of different pies and baked goods, homemade bread and pancakes.

Meat is mostly pork and pig fat (bacon), beef and chicken. Widely used in Ukraine cuisine are the river fish, including carp, catfish and pike (baked and stuffed under sauce). 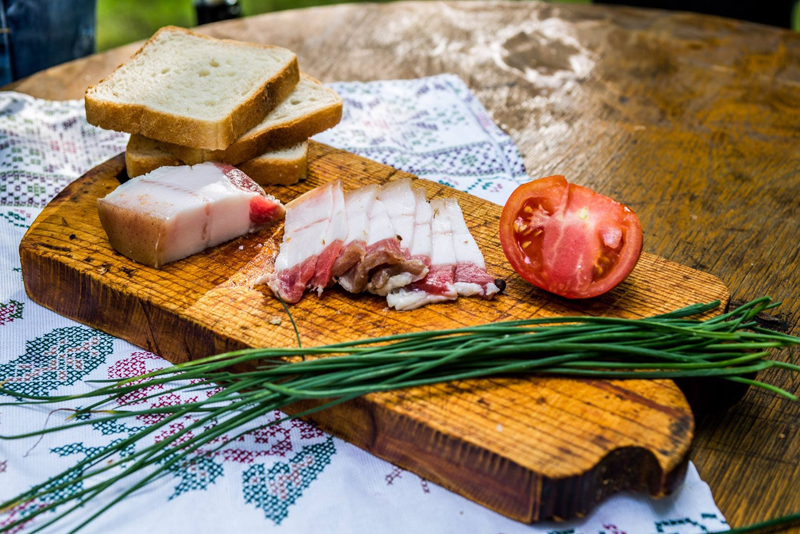 Ukrainians enjoy pig fat - salo! It is eaten raw, baked, boiled, seasoned with first courses and included in stuffed rolls and other dishes. It is a symbol of wealth and good life.Very tasty and traditional is the "roast at home" which is meat with potatoes baked in casseroles. It is served with Ukrainian benderchiki, pudding, crispy cracklings, potato pancakes, onions, cabbage or other vegetables ... Yum!
The most famous porridge is millet, pumpkin and buckwheat. In Transcarpathia region is the very tasty Banosh or Mamalyga, which is prepared with wheat, corn and other cereals, and served with sour cream, butter, cheese, fried onions or meat... cook to your taste!
Drinks include the very popular kvas, compote, uzvar, dairy-ryazhanka and Kislyak. Alcohol is usually home made vodka with different nastoykami, including honey, hrenovuha, kalganivka, pepper, different brandies and homemade wine
Honey and bee products are becoming increasingly popular.

We wish you a very tasty and exciting journey to Ukraine!

✓ What Ukrainian traditions are held on New Year and Christmas?

The most significant Ukrainian winter holidays were Christmas, the feast of Vasily and Epiphany. The house was decorated with Didukh and "spiders." Ukrainians cooked sausages for a generous supper, visited neighbors and relatives, sang carols and generosity.

✓ When does Maslenitsa begin in Ukraine?

To find out the date of Maslenitsa (closely related to Easter) you need to take away 48 days from Easter day - this is the duration fasting and another 7 days - the duration of Maslenitsa. In 2020, Maslenitsa will begin on February 24 and end on March 1.

✓ When is Easter celebrated in Ukraine in 2020?

The date of the celebration of Easter refers to the rolling dates - it is celebrated on the first Sunday after the first spring full moon. So it was adopted in 325 in the city of Nicaea at the first Ecumenical Council. In 2020, Orthodox Christians will celebrate Easter on April 19, and Catholics a week earlier on April 12.