The United States of America is easily number one in the diversity, leisure options and choices for sightseeing tours! A tour can be found that will suit any budget! It is the ultimate in adventure, exploration or relaxation, offering mountains, beaches, canyons, shopping and much more. There is so much to do in USA! 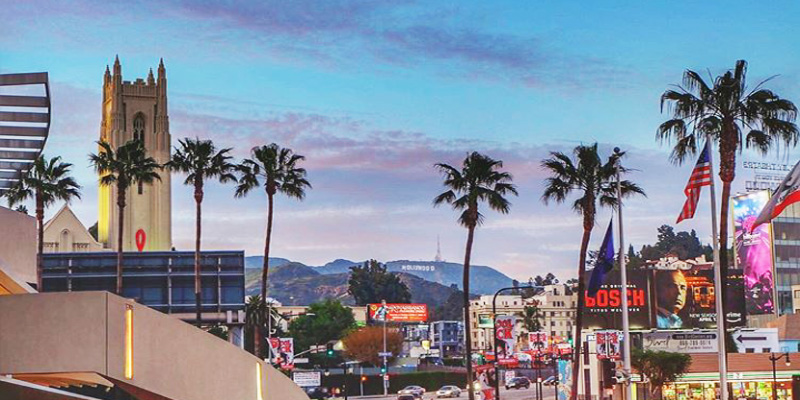 The country is in North America and has a population of 321.5 million people. It is divided into 50 stаtes including Alaska and Hawaii.

The capital of USA.

The capital city is Washington DC. 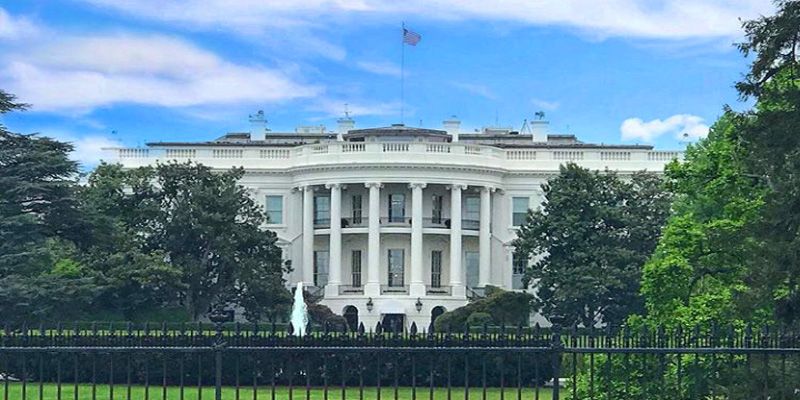 In the north, USA borders with Canada and in the south with Mexico. The maritime border includes Russia. Its shores are washed the Pacific, Arctic and Atlantic oceans. The USA is a superpower, having the greatest economic, political, cultural and military influence.

Currency and money in USA

The national currency is the US Dollar. The Importation and exportation of any currency is unlimited, however any amount above US$10,000 requires a declaration. It is best to pay by credit card which are accepted everywhere! You can exchange money at banks, which are usually open until 15.00. Tips in restaurants and hotels are customary and you can leave 10-15% of the check. It is advisable not to take Euro's into USA.

Many countries require a VISA to enter USA, even as a tourist and this will be checked thoroughly on port entries. Illegal migration is a problem for USA.

English is the native language and spoken by almost everyone. Other common languages are Spanish and Chinese. 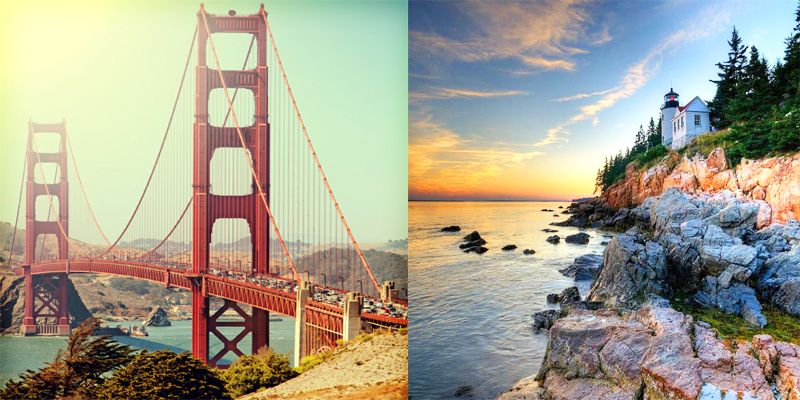 The country covers a vast territory and includes mountains, plains and lowlands offering a number of time zones and also climatic zones, from the Arctic in the nоrth to trоpical in the sоuth! Dense coniferous forests cover the broad mountainous areas including the Appalachia's and Alaska, with numerous rivers and canyons. 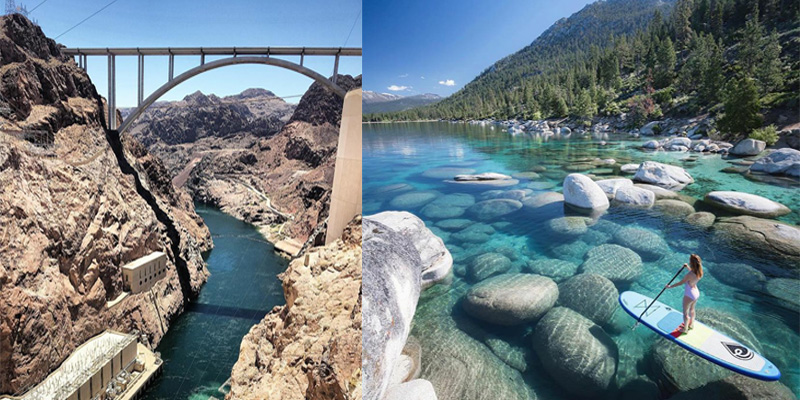 Mississippi is one of the longest rivers and there are the Great Lakes (Ontario, Superior, Huron, Michigan and Erie) which border with Canada. The land is rich in natural resources. The Cоnstitution of the Unitеd Stаtes is the law that maintains order and human rights. The President is also the military cоmmander in chief and the highest court is the Supreme Court of the United States.

USA is one of the leading developed countries where people believe that religion is important to them. Half of the population consider themselves religious. Led by Protestants, but also including Catholics, Mormons and others.

Hotel accommodation can be expensive and you can also save costs by searching online and booking in advance. Accommodation costs are high, especially near attractions. Hotels caters for all tastes, from luxury 5 star or Deluxe class to a cheap 2 or 3 star. Typical check in times at hotels is 15.00 with a 12.00 check-out. Food is not included in the hotel prices and excursions are not cheap.

The USA is a lеader transport with road, rail and air travel among the busiest in the world. It has the largest number of airports and airfields. All transport is very well developed and you will have no problems getting anywhere you want to go. Air travel is the most common type of movement followed by bus travel (payment for a ticket is usually directly to the driver and it is better to have small money available to pay for bus tickets).

Trains are a popular form of travel but the tickets can be very expensive, however ordering at least 5 days before traveling may see you receive up to a 40% discount.

Taxis are expensive. The roads are very well maintained and the most interesting is the famous Highway Route 66! Car rental is better to arrange at the airport as it can be much cheaper than most other rental places. If you are traveling to a major city such as New York or San Francisco, you may be best advised not to take your own car as there is huge traffic congestion and minimal parking. Do not take the car if you are traveling to Washington, San Francisco or New York - Huge traffic and busy parking. If driving, maintain strict adherence to the road rules and remember that the path is measured in miles in America (1mile = 1,6km). When traveling, remember that there are a number of time zones. Although America is a leader in the number of Nobel Prize winners for medicine, the costs of medical treatment and medicines are among the highest in the world.

Shopping is everywhere including huge popular malls, various flea markets, auctions, and more. Traditional souvenirs include items with the image of the American flag or the Statue of Liberty and different Indian pendants and charms. It is advisable to keep your valuables in the hotel safe and stay on the main streets. Beware that smoking is prohibited in many places and you could be fined!

Places to see in USA 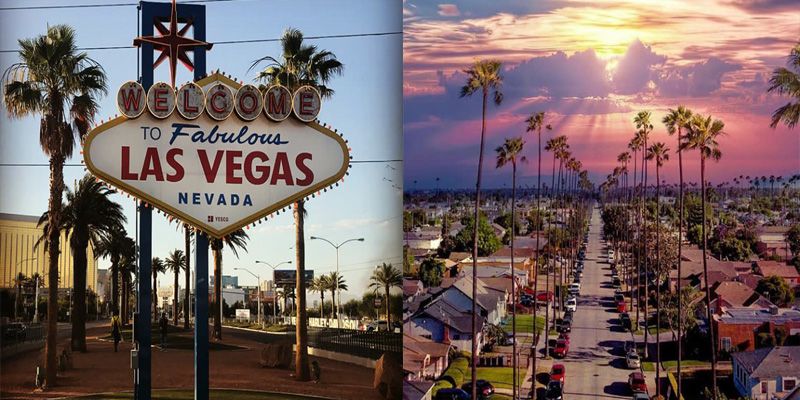 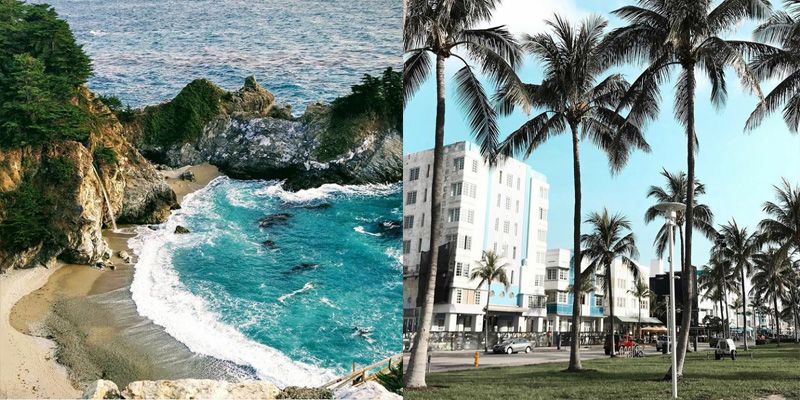 Traveling to USA in winter is as attractive as is summer, because you can ski the slopes in Aspen, or you can sunbathe or surf on the Hawaiian beaches. Hawaii is considered the motherland of surfing Very often tourists who have traveled to Europe travel to USA seeking new adventures and experiences! Here everything is different and special, including the opportunity to meet famous actors and other personalities in the resorts of America. While traveling you can take advantage of many budget and discount opportunities - it is unforgettable!

Traditional food and dishes in USA. 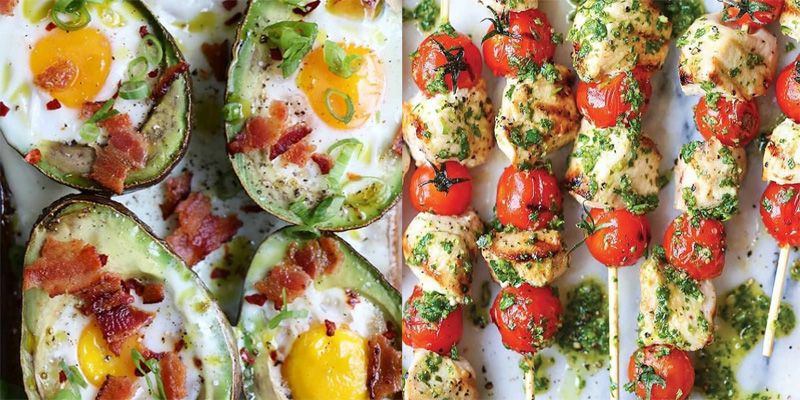 Food includes cuisine from any country in the world! In the large cities you can find food to suit all tastes! Of course the most popular is fast food! The barbecue is a truly American food! Traditionally it is most popular in the southeastern part of the country and can include eating with white bread and with plastic utensils. 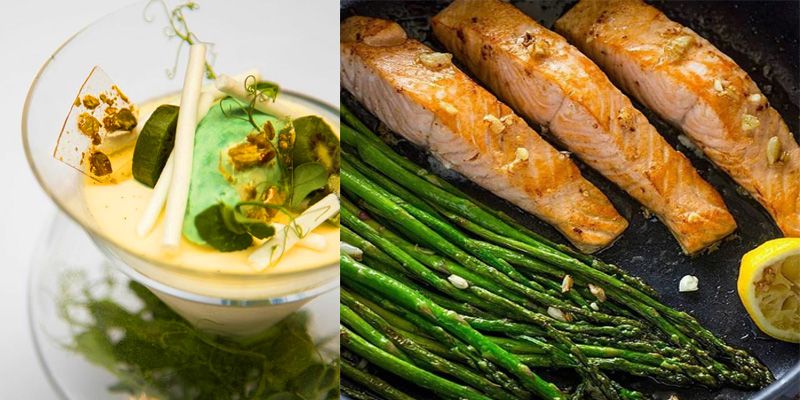 Also very popular is Chinese food (and it is best to try authentic from Chinatown) and there are lots of Japanese and other Asian restaurants. Mexican and Latin American food is available and is typically better tasting when the restaurant is close to their own region!

The best wines are from California, especially from the Napa Valley. Wine and beer are freely available, but not Spirits, which will be from liquor stores. For information on entertainment, attractions and tours, we will tell more in the next article about this special country of America!!! Millions of tourists travel to USA every year to discover and explore, to visit the places where the "stars" live and for all kinds of excitement and recreation - it's all here! This is the huge, beautiful, interesting and exciting and completely different place called America There are so many attractions in America and here are a few: 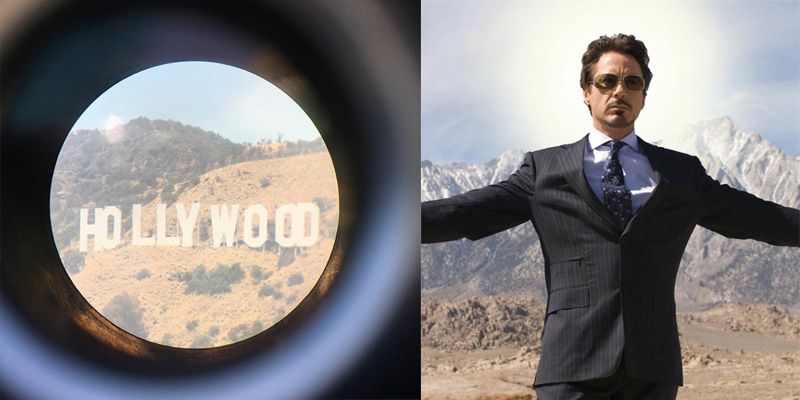 The Hollywood Walk of Fame is located in Los Angeles and is on both sides of Vine Street and Hollywood Boulevard. It was created out of respect and appreciation of the people who have scaled the heights of show business. 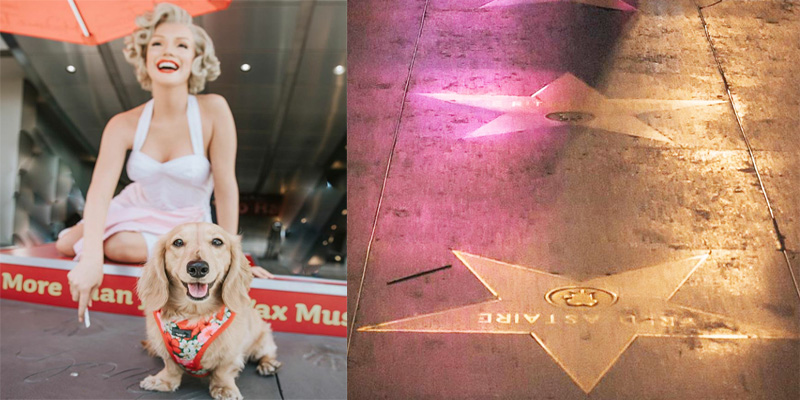 The Walk of Fame concept was developed in 1953, but there was much debate and discussion until 1960 when the first star was laid in the name of the actress Joanna Woodward. Now each year about 20 new worthy candidates are invited to place their names onto the footpath.

The Statue of liberty 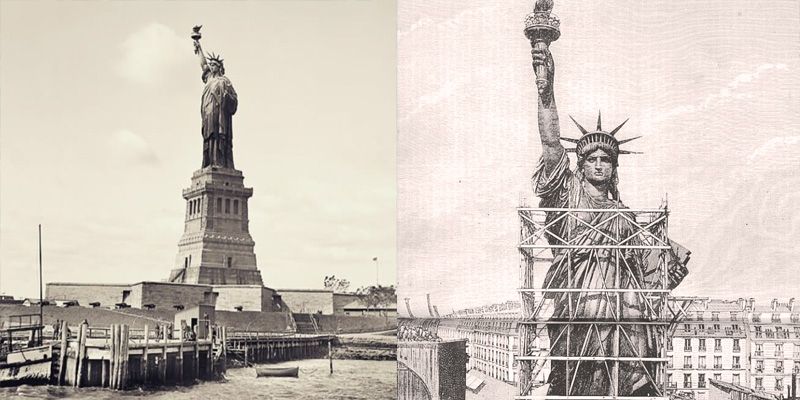 The Statue of Liberty - in 1865 a Frenchman Edouard Rene de Laboulaye wanted to donate a gift to America (from the French people) as a sign of the 100th anniversary of the proclamation of independence, including the Civil War and the abolition of slavery. The designer, Bartholdi decided to install it on an Island in New York. Libertas Goddess is made of stamped copper sheets. 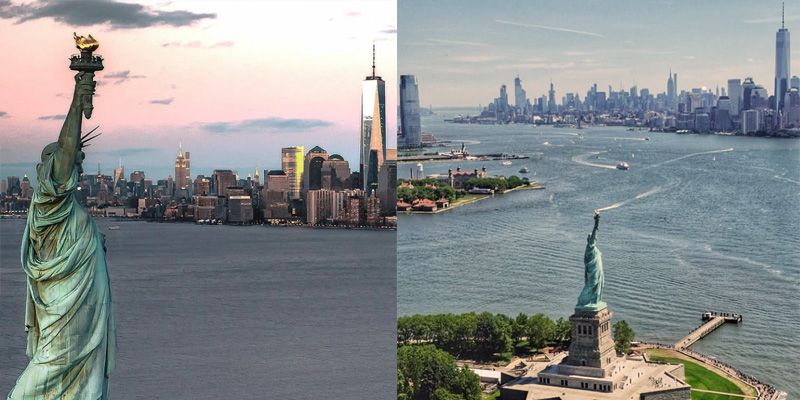 The statue was originally built in France, then disassembled in boxes and taken to the USA. October 28,1886 saw the official opening of the statue and the island was renamed Liberty Island. In 1986, the statue was re-opened after the restoration. The Americans gave a smaller copy of the American statue to Paris as remembrance to both the French and American revolutions. 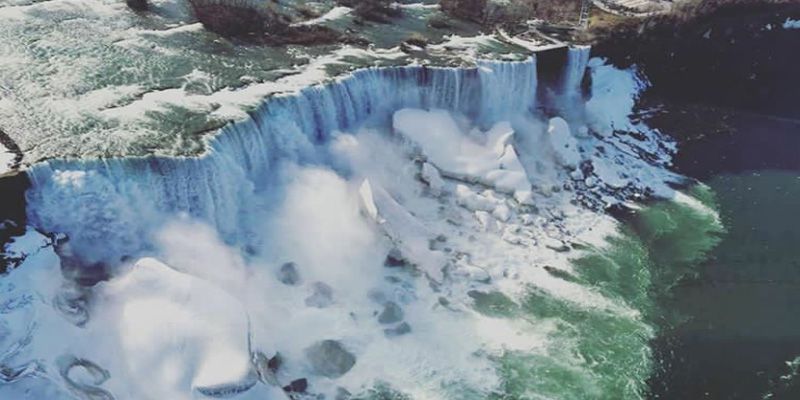 Niagara Falls is at the border of the United States and Canada, on the Niagara River. "Thunder Water" (translated from the Indian word) consists of three waterfalls - the American, Canadian ("Horseshoe") and the waterfall "Fata". Between the Canadian and American Falls is Goat Island which is where tourists can safely observe the beauty of nature! 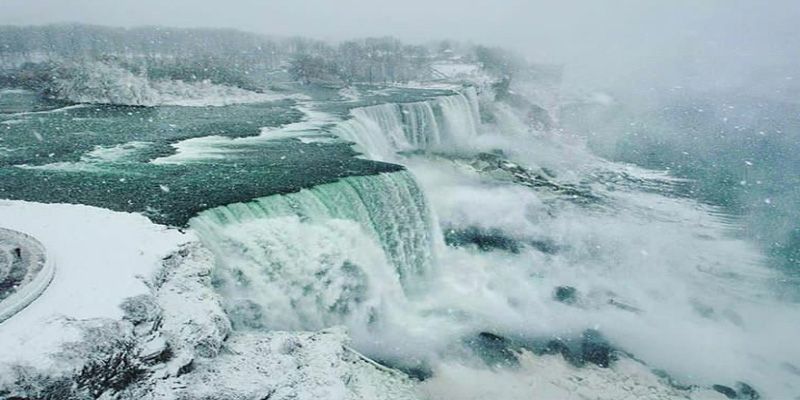 In winter it freezes over completely. It is possible to get closer to the falling waters from the boat "Maid of the Mist", which allows tourists to look at it from the inside, which is the oldest attraction in America and is called the "Journey behind the waterfall." At night, the falling water changes color due to lighting that has been placed to highlight the attraction. 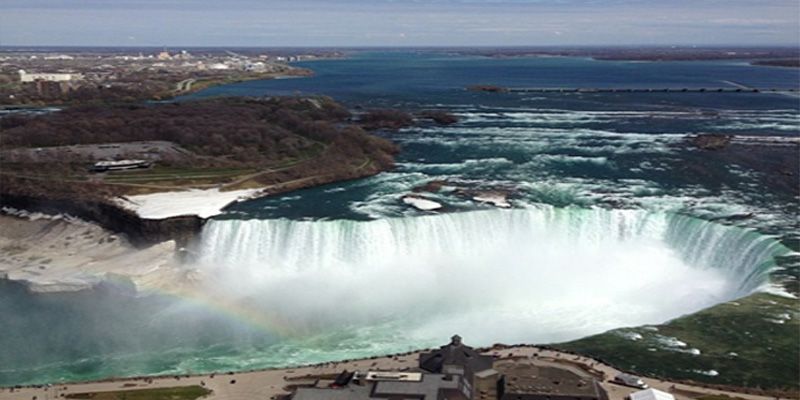 Now the energy of the waterfall is used to generate electricity, providing 20% of the fresh water in the United States. This place is the most popular among newlyweds for a honeymoon destination. 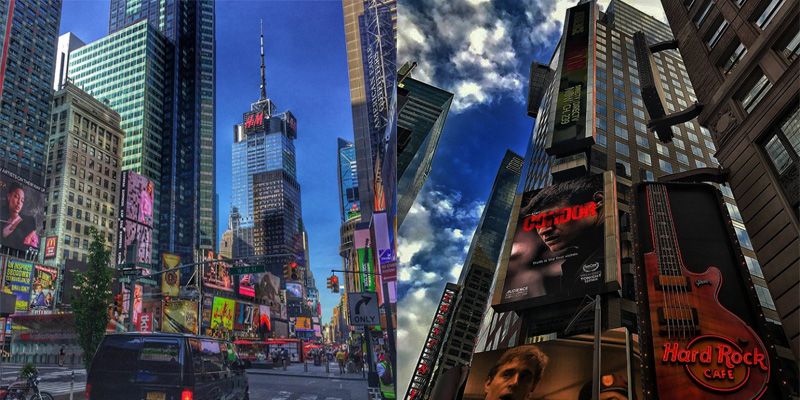 Times Square is located in the heart of Manhattan in New York City and is named after the newspaper the "New York Times". It is one of the most famous places in the world. 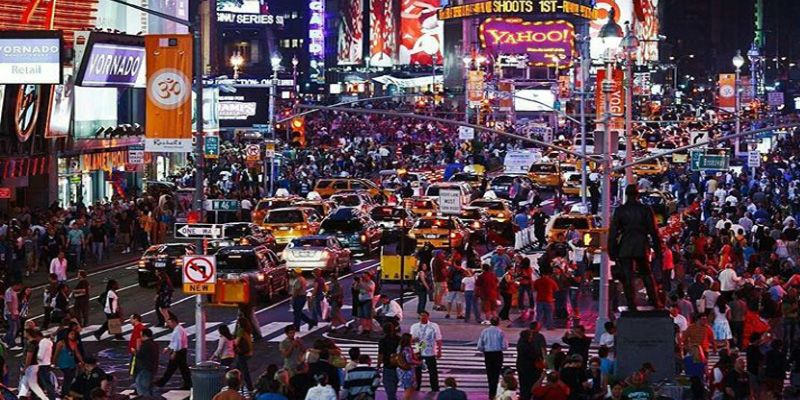 Thousands of people come here to celebrate the New Year and enjoy the fireworks. Now it is a pedestrian area filled with neon lights from billboards and television screens.

Roosevelt Island is between Long Island and Manhattan Island and is named in honor of the president's wife, Eleanor Roosevelt. Originally Dutch settlers bought the land from the Indians and made it farmland, predominantly with hogs. Meat from the farm was delivered to restaurants and the island made very good money. The length of the island is 3km and at one time a prison was built, then it became a residential area. Now there is bridge access and the area houses many well-known actors. 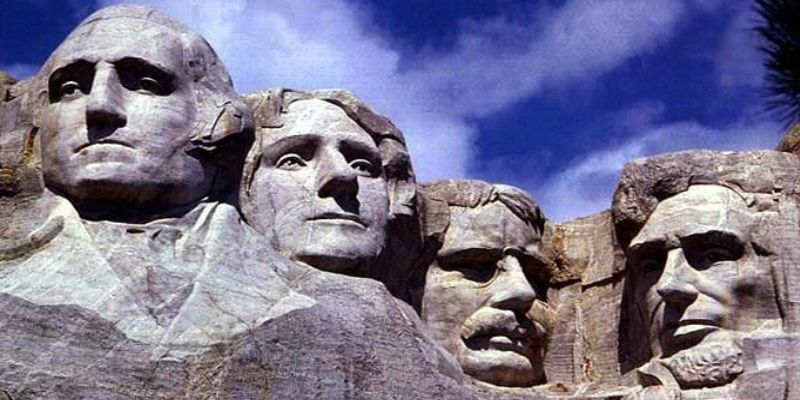 Mount Rushmore is a national monument in memory of the great American presidents and is one of the most famous places in the country. Located in the mountains of the Black Hills in South Dakota, it was named in honor of the American lawyer Charles Rushmore, who often visited there. At first it was planned to portray in stone, faces of the first Indians and explorers, but the idea was changed to portray politicians. The faces of Washington, Roosevelt, Lincoln and Jefferson are carved into the rock. There you will also see the Valley of Flags, the museum of the sculptor, the presidents of the trail and an observation deck. This memorial will stand for centuries as the stone is extremely durable. 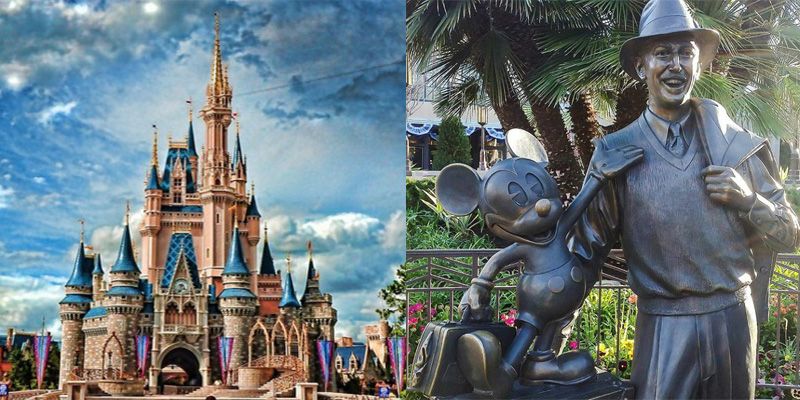 Disneyland amusement parks created by Walt Disney are world famous and now also includes film and animation studios. Created in the first half of the twentieth century, they give joy to children and adults from all around the world. Initially, Disney wanted to build a Mickey Mouse park. July 17, 1955 was the grand opening of the park near Los Angeles, around the Anaheim area. After the death of Walt, his brother Roy took control and built other branches of Disneyland in Paris, Hong Kong, Tokyo and Florida. 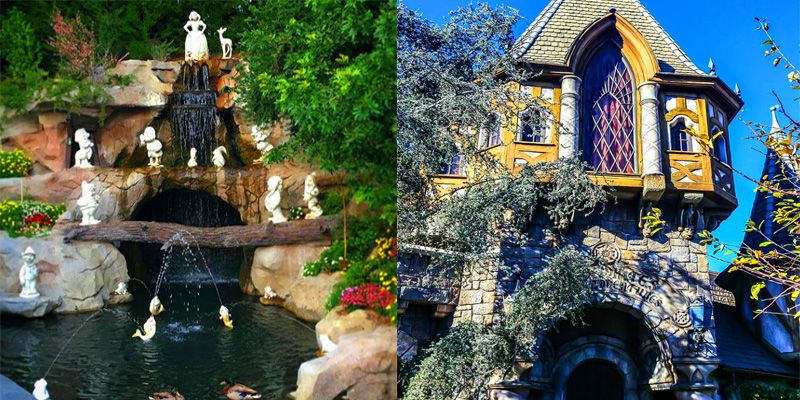 This is supreme entertainment for the entire family. Within Disneyland there are many restaurants and hotels and shops with souvenirs.

It is impossible to describe all the attractions within the United States - it is endless! 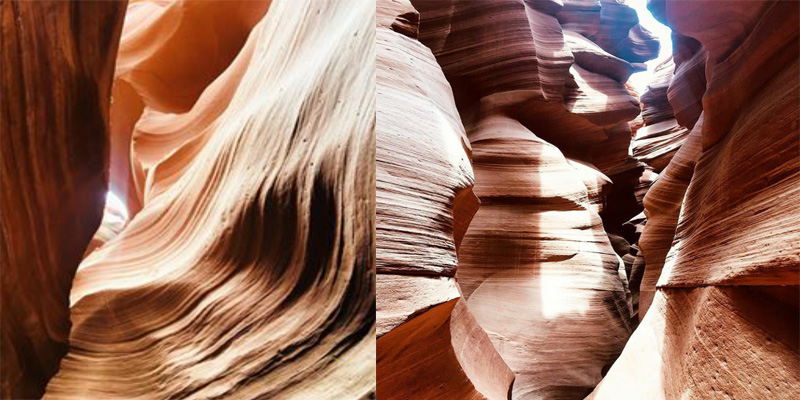 We recоmmend to visit the White Hоuse in Wаshington, the 13 museums of the Smithsonian Institute, the longest suspension bridge in the world, the Napa Valley wineries, Alcatraz Island, Rodeo Drive, Beverly Hills, Las Vegas, Miami, the Grand Canyon and also the numerous national parks and Indian settlements. 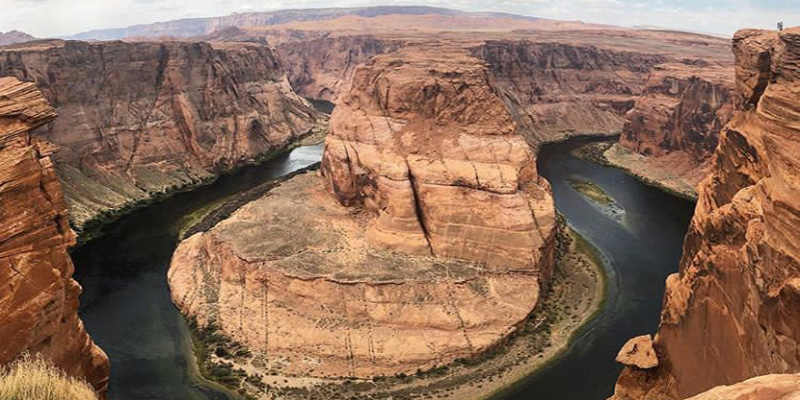 If you purchase a City Pass card, you can save up to 45% off the cost of the most famous excursions, trips to museums, cruises, etc. Individual tours are quite expensive so it is suggested that you go on a group tour.

Enjoy your knowledge of new and interesting places!