Big Ben in London. Where is the Big Ben located.

Big Ben in London what is it?

Big Ben (Great Bell) is the name of the largest bell in the Palace of Westminster in London and one of the most recognizable and visited British cultural icon.

The Palace of Westminster is located on the banks of the Thames River in London borough of Westminster, where is located the British Parliament. It connects to Trafalgar Square and Whitehall. Big Ben can be viewed from various sides, walking nearby, from afar, in the architectural ensemble of Vesminster Abbey passing by bus through the streets or bridges of the city. 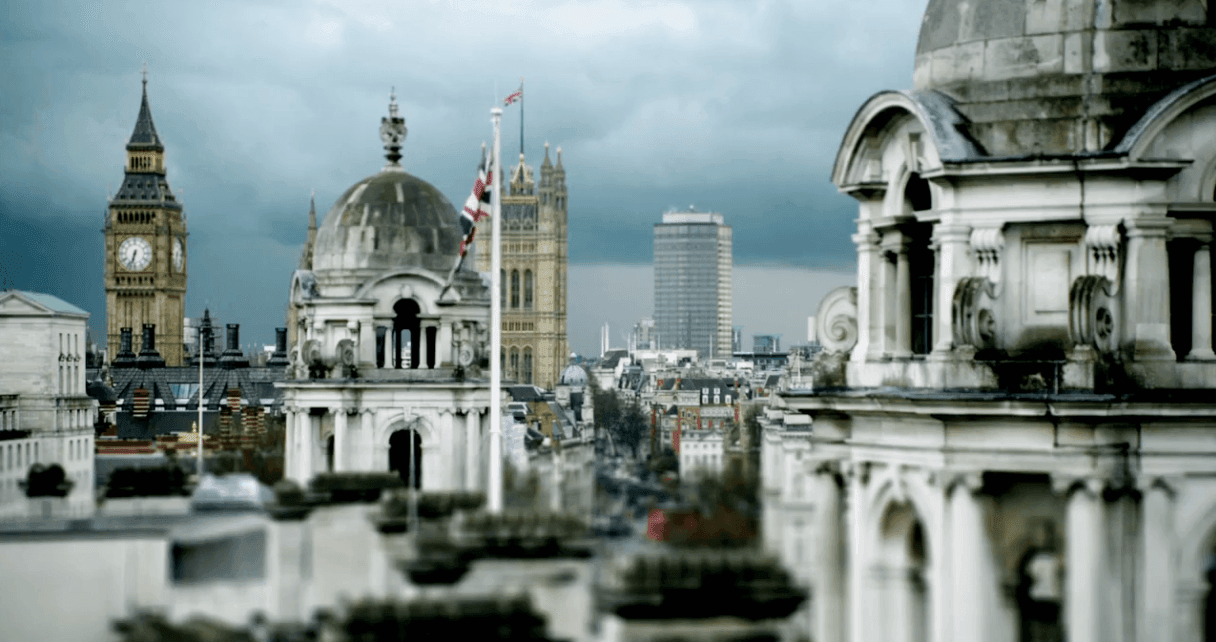 What is Big Ben?

Technically Big Ben is a heavy bell, located inside of Elizabeth Tower with a clock. The weight of the Big Ben bell is 13,760 kilograms or 13 tons. By the time of the completion of the bell was considered the most voluminous in all of England and only 20 years later gave way to another bell - Big Paul!

Interesting facts and figures about the Clock

Clock in the Tower of Elizabeth. 10 facts:

There are few different versions of who the bell is named after with one version saying that it is named after a famous boxer, while the other says that it is the name of the manager of the construction works!

It is wrong to confuse the name of the Bell with the clock tower, which was reproduced and started running the clock in 1859. The Tower was originally called St. Stephen's Tower, but was later renamed the Elizabeth Tower.

What do we know about Big Ben?

The tower was designed by the English architect Augustus Pugin.

The tower is 96 meters tall with the lower part of the clock mechanism located at a height of 55 meters. Inside is a spiral staircase of 334 steps and if you climb all of them, you get to a small open area, where is situated the famous bell Big Ben. The bell rings every hour time and sounds are transmitted every hour on the radio station BBC.

The bell is big: its height is 2 meters and 3 meters wide at the bottom and the dimensions of the clock face has a diameter of 7 meters and the arrows (hands) have a length of 2.7 and 4.2 m.

The clock was designed by Sir Edmund Beckett and the Astronomer Royal George Airy. Building the clock was charged to watchmaker Edward John Dent and after his death the construction was continued by his adopted son Frederick Dent, who completed the work in 1854.

The sound of Big Ben is unique due to the fact that the bell cracked after 2 years.

The Clock of Westminster is the largest four-sided clock in the World. Before that, the tower was a prison,  but only one was her prisoner in history - suffragette Emmeline Pankhurst.

Four of the clock dials are made of opal glass with a gilded frame. The clock is also of global significance as officially the new year on the whole Earth begins with the first stroke of Big Ben on January 1st.

The clock on each side has the Latin inscription - "God save our Queen Victoria" and right and left - "Thank God," or "Praise the Lord."

But there are no excursions for tourists as the tower of Big Ben has security considerations above all else. Only from time to time the press and big important guests of the UK are able to climb it but they have to be able to climb the stairs themselves!

Nearby Big Ben are even more popular places, such as the London Eye (you can see great views of the city) and the main street of Piccadilly Circus.

Very close to Big Ben there are Westminster Abbey, Whitehall Street, and on the way to the Abbey you can take a photo of the statue of Churchill, who stands in the square in front of Big Ben

Read more about Dating in the UK, Dating in London.

When traveling to London, be sure to visit these great places!

Big Ben (Great Bell) is the name of the largest bell that located inside of the Elizabeth Tower in the Palace of Westminster in London and one of the most recognizable and visited British cultural icon.

✓ Is Big Ben the tower or the clock?

Technically Big Ben is a heavy bell, located inside of Elizabeth Tower with a clock.

✓ How Long Will Big Ben be under renovation?

Renovation of the Big Ben is started on 21 August 2017. The Elizabeth Tower tower, clock and Big Ben will be restored. Renovation is supposed to last approximately until 2021.