Italy. Holiday in Italy. Things to do in Italy.

Italy... is a country that is admired by billions of people.

Millions of famous people have lived, loved and created in this country, thousands of great discoveries have been made here and thousands of beautiful paintings have been painted here.

Today Italy attracts tourists not only because of its attractions from ancient times, but also with the new, modern attractions. 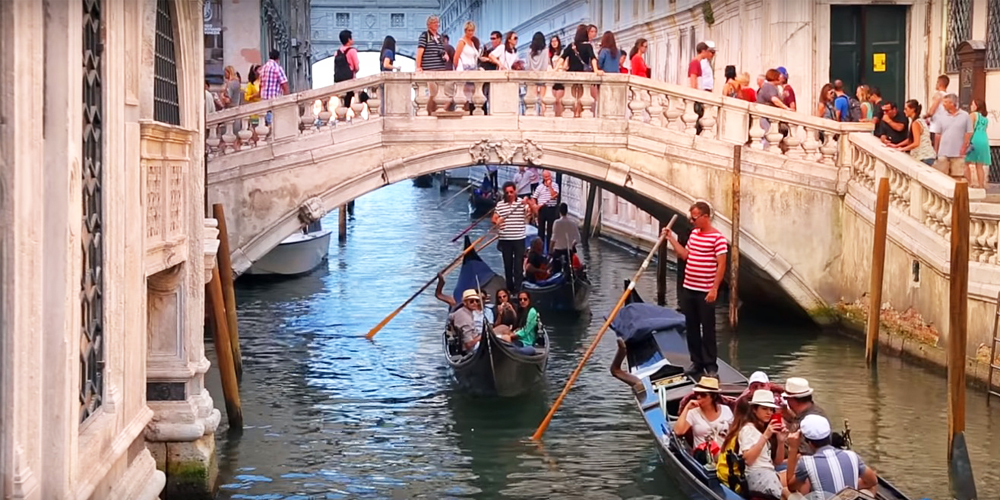 Climate in Italy. Weather and Temperatures in Italy

It is not easy to talk in general about the climate in Italy because the weather changes due to the long and oblong shape of the country.There can be unbearable heat in the South, while at the same time the people of the North may be wearing coats.

If you decided to visit the Po Valley plain in January the night time air temperature is usually zero or negative and you need to dress warmly in the afternoon when the temperature does not rise above 6 degrees. There is snow all through winter and it may remain for several weeks. Fog drifts in from the Alps. However, in July the night temperature is 20 degrees and rises to 30 degrees during the day.The months of October and November see the rainy season.Talking about the Alps and the Apennines, snow is present for up to six months and there is a real winter from October to May with heavy snowfalls. 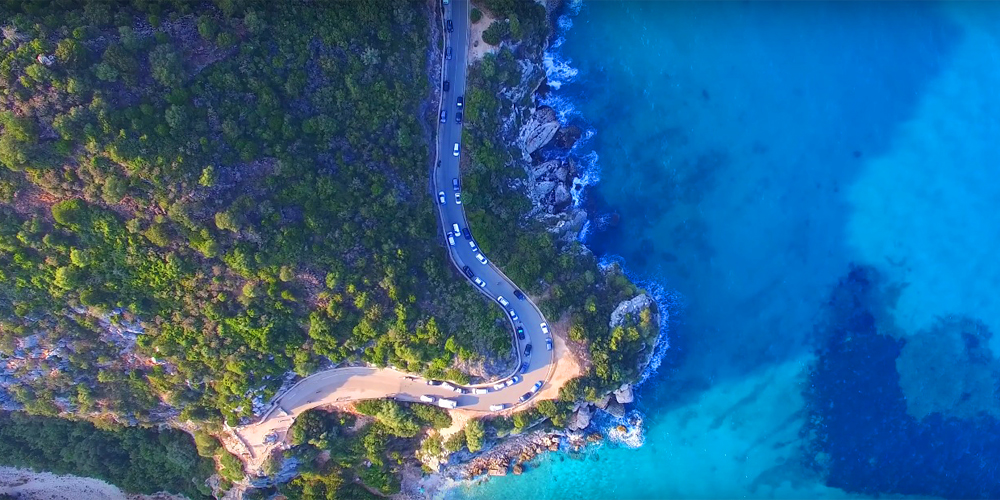 The Peninsula and Sardinia are different in that they offer a soft winter and hot summer. The night time temperature is +2 to +5 degrees in January, but may dip below freezing at times, however rises to 10 degrees in the afternoon. The summers are hot with temperatures of 18 degrees at night and 30 in the afternoon. From October to January you can walk in the rain!Sicily in the southernmost part of Italy is very warm, with winter temperatures of 9 degrees at night and 16 degrees in the day. July nights will allow you to swim as the temperature is 19-23 degrees every night and 32 degrees during the day. Hot winds blow from March until October from the Sahara and the temperature can reach 35 degrees. 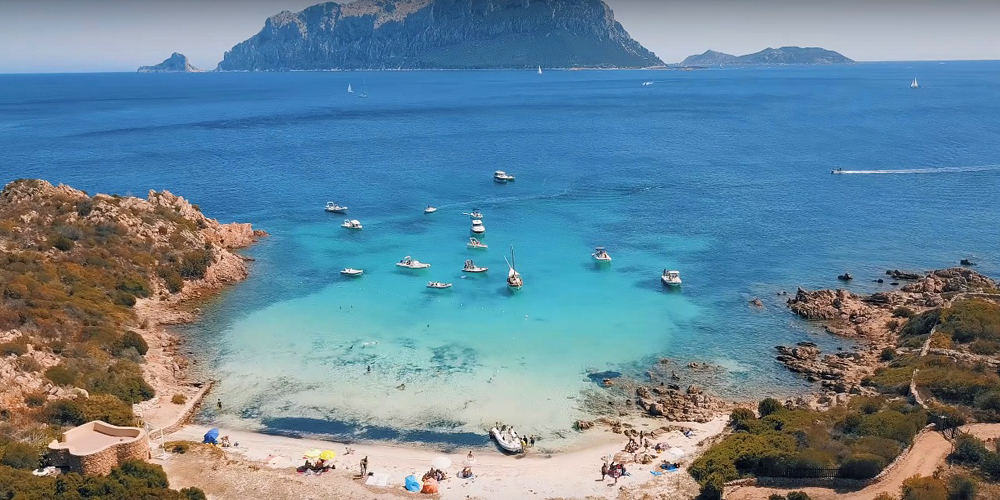 You can exchange currency at any bank, post office or money exchange office, or at the airport upon arrival. It pays for you to compare rates and find the best rate for your currency exchange. Often you will find the airport or train stations offer poor rates and commission may be as high as 10%.mBanks and currency exchange offices offer a fixed fee rather than a percentage commission and you may find this more favorable. It always pays to ask the cashier for the conversion rate and the commission fee to ensure you have a good conversion. Money Italy is an expensive country to tour and you must plan and prepare for your trip to ensure you have enough funds to enjoy your time.
For example:

Tipping is normal practice in Italy and you will be expected to leave tips for services. Examples are 1-2 € to the porter at the hotel and 10% of the meal cost at café's and restaurants. Taxi drivers can take offense if you do not offer a tip at the end of a ride.

The most interesting places to see in Italy 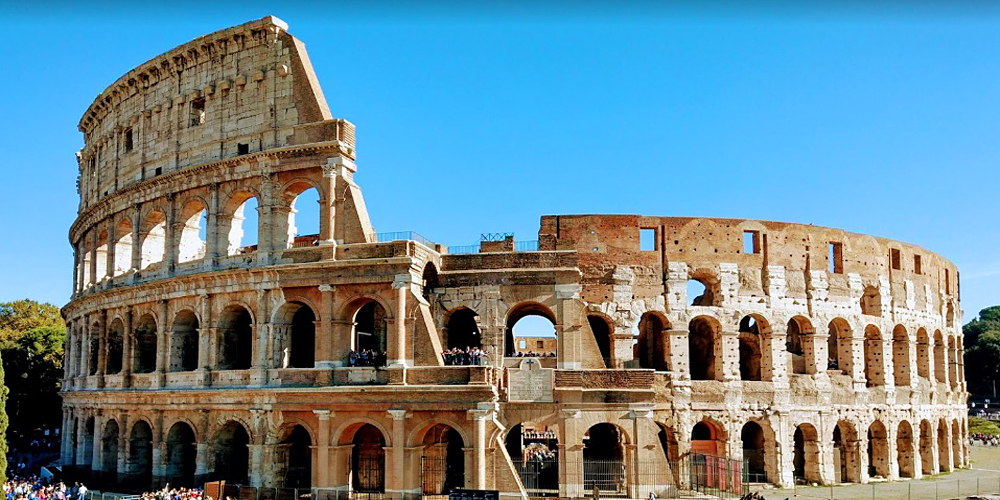 If you ask a school pupil what is the most famous place in Italy, they would usually say The Colosseum.Tourists in Italy make visiting The Colosseum the primary reason for their trip. This structure inspires awe with its size. The amphitheater took 10 years to build and the arena's length is 80 meters with the diameter being 525 meters. The arena seated 86 thousand people who watched the fights of the gladiators. This attraction is one of the Wonders of the World. 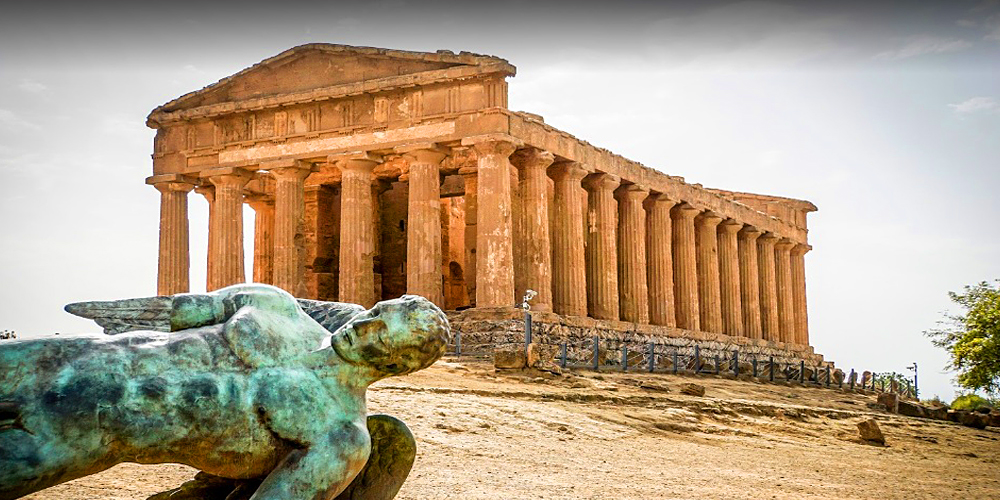 The next major attraction on your tour of Italy is undoubtedly the "Valley of Temples" in Agrigento (Valle dei Templi) This half ruined home of the gods is called the Valley of temples. Situated on mountain tops, each of the temples is at least a thousand years old or even older. The temples of Vulcan, Hercules, Castor, Juno, Aesculapius and Pollux, Zeus, and the Temple of Concord are preserved. Legend says that they were located on the area of the majestic city Akragant.The excavations continue today, so over time the city changes and each year the city is completely reborn. When you visit the city of Agrigento you can feel like a God. 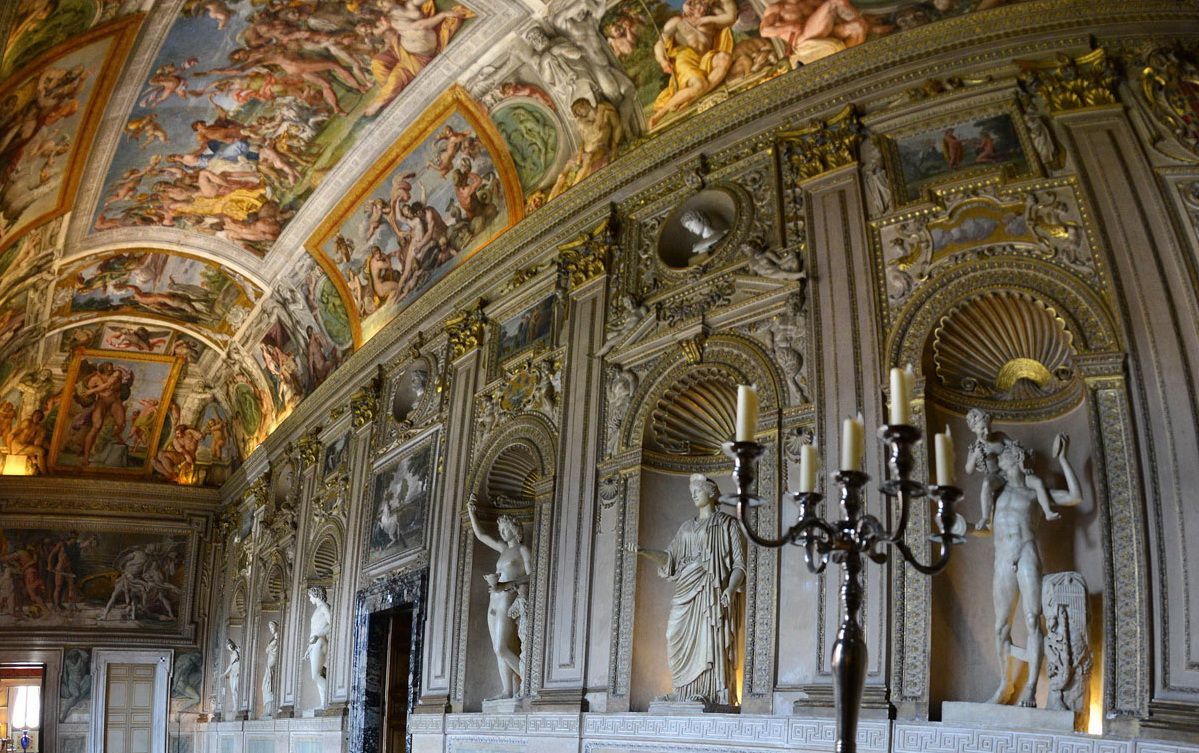 One must not forget to mention the "Uffizi Gallery" in city Florence which is one of the most beautiful museums in the whole world. The Gallery consists of 45 rooms that not only house paintings by famous artists, but also a huge number of original and antique sculptures, graphic works and many things from the Renaissance era. This is the most visited museum in "Repubblica Italiana". A Tour of Italy involves the penetration into the culture and history of Ancient times, because Italy was culturally advanced and flourished at this time. The ancient city of Pompeii is perhaps the greatest example of Italy's development ahead of the rest of the world at that time and is an important part of Italy's rich history. You will find yourself in the 6th century BC as you visit the city which was buried under a layer of lava and which turned the city into ruins, but the spirit of this ancient Roman city is still in the air, near Naples. 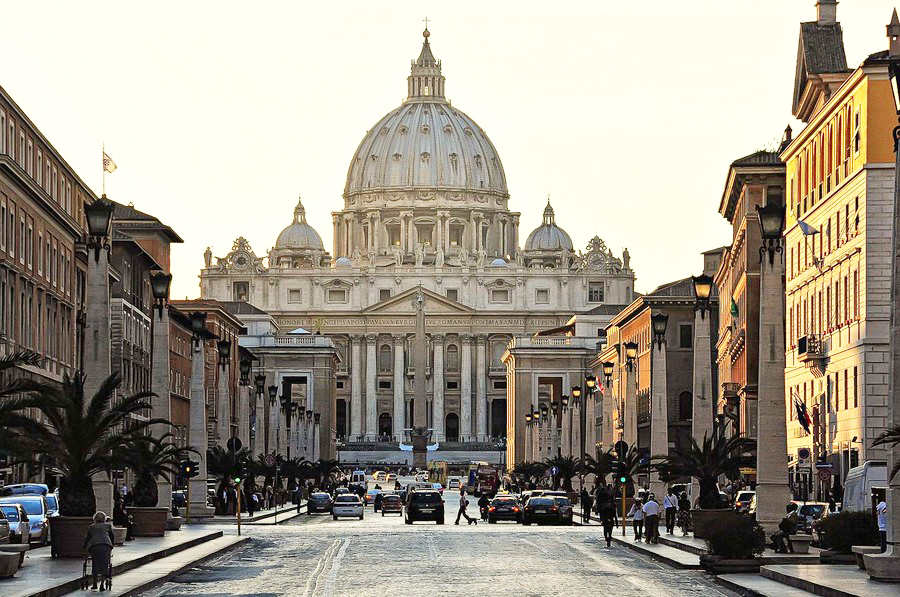 The Vatican is a separate state from Italy but exists in the middle of Rome. Tourists flock daily in tens of thousands to marvel at this attraction.The world famous Sistine Chapel is situated here, mesmerizing tourists with its beauty and grandeur. You will also have an opportunity to take a look at the world's famous gardens of Vatican Necropolis.The Pope lives and reigns in Vatican and if you're lucky you may see the head of the Catholic Church lead a service.

Basilica of St. Mark in Venice

You must also visit St. Peter's Cathedral & Piazza San Pietro! A Tour of Italy must not bypass "Basilica of St. Mark" in Venice. 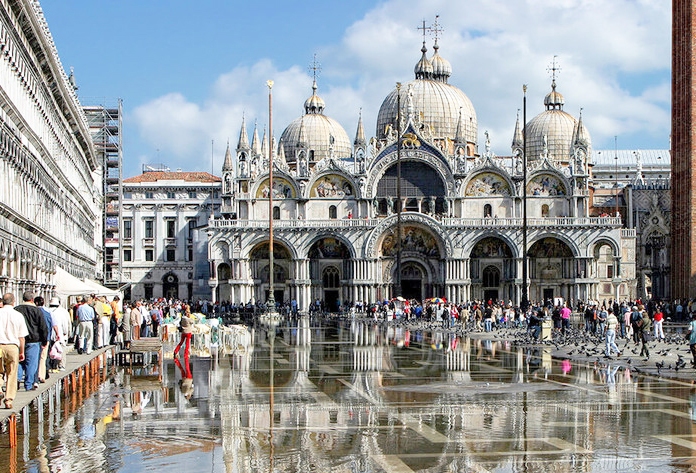 Finally, what is a tour of Italy without visiting "Pisa"? The Leaning Tower is really one of the main attractions in Italy and is fighting for the title of one of the World's wonders. It is the bell tower and also the main decoration of the Santa Maria's Cathedral.Its construction has lasted for more than 200 years. The tower's height is 55.86 meters on the lowest side and 56.7 meters on the highest. This Italian icon stands on the Field of Miracles (Campo dei Miracoli square). 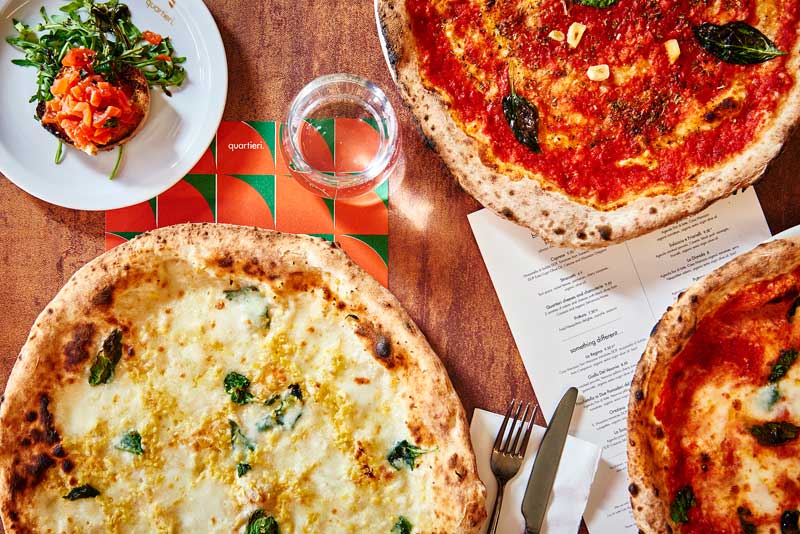 The history of pizza originates in 1889 and the first pizzas were a bunch of leftovers which were eaten only by the poor peasants. Today it has become a world famous and favorite dish. There are around 32,000 pizzerias in Italy with 800 of them in Naples alone. There are 200 types of Italian pizza, with the most famous being the Margherita. You can visit a pizzeria and watch or you may be invited to assist in their preparation. Italian pizza is the most delicious and authentic in the world and everyone who visits this beautiful country just has to try it! 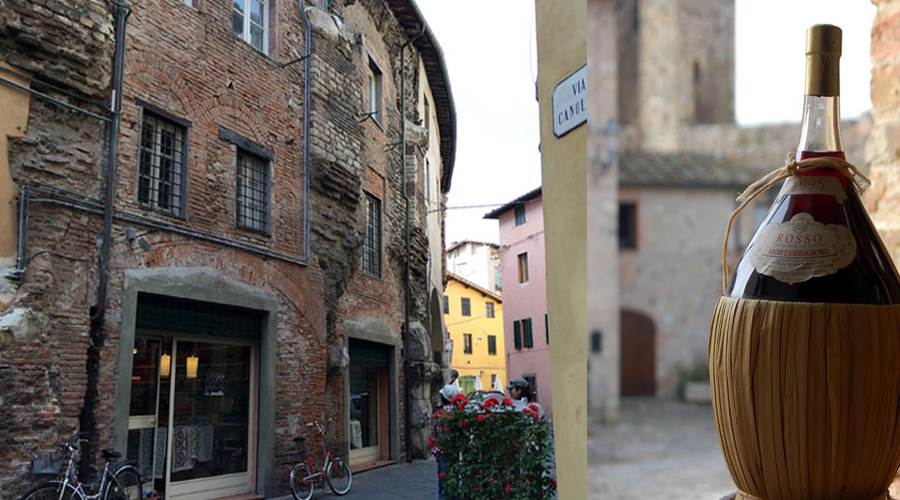 All 20 of the regions of Italy make its own wine and all of the wines are completely different! For example, the people in the Apulia region produce 40% of the total pink wines produced for the whole of Italy. There are over 520 wineries in Italy today and you can treat yourself by visiting one or more of them. Make a romantic evening of it and go to one of the finest restaurants or cafes in Italy and partake of the wonderful selection of wines on offer or enjoy drinking a delicious Italian wine while sitting under the stars! You will take away fantastic memories of your tour. 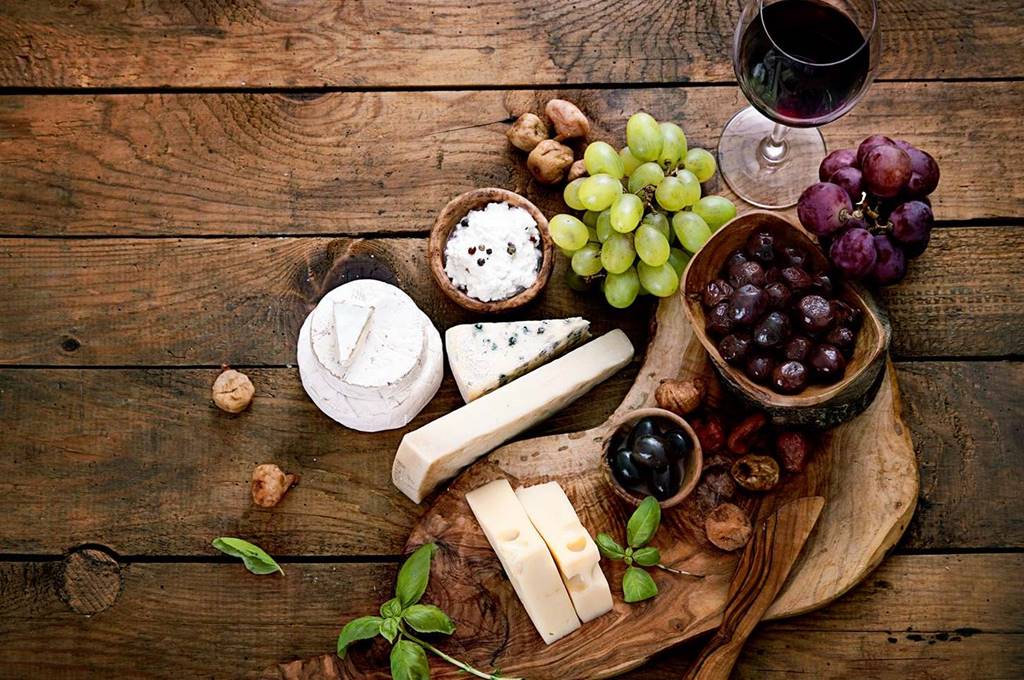 We invite you to Italy! Do not miss your chance to see the wonderful and historical attractions of this magnificent country!